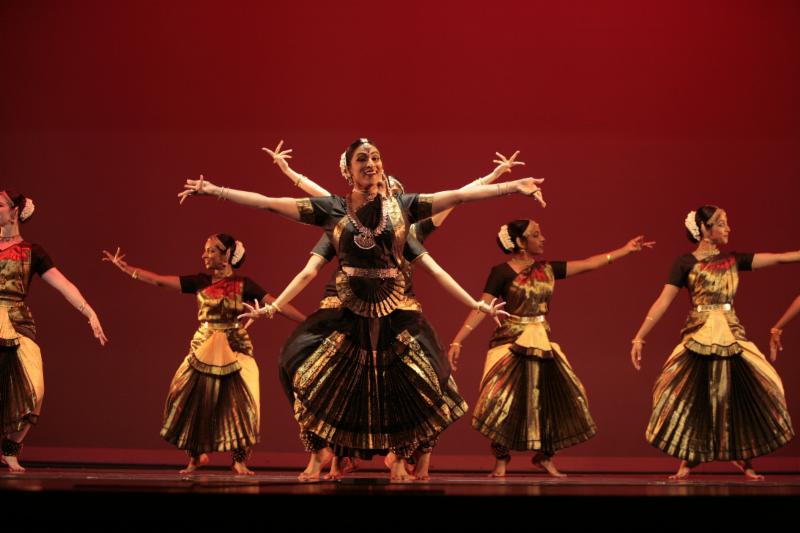 Join us for a performance at the A-Squared Asian American Performing Arts Festival – November 9th, 2018, 7:00PM!

To purchase tickets to the Festival visit: https://www.eventbrite.com/e/a-squared-asian-american-performing-arts-festival-2018-tickets-47603372970

-Irene Hsiao (“After Tang Chang“): Ethnically Chinese, nationally Thai poet and painter Tang Chang distilled writing to its emotional and physical impulses, ritualistically copying over words until they formed landscapes and geometric forms, stripping calligraphy down to the abstract trace of the body on canvas. Dancer Irene Hsiao takes the energetic impulses he leaves behind in his work and reads them as a score for movement, embodying these traces in our space and time, considering questions such as, what is the difference between writing and painting? When does the mark erase? How Chinese is this work? What does it mean to write, again and again, “person”?

Company Info: A-Squared Theatre was founded in December 2006 by a collective of Asian American theatre artists based in Chicago. As an Asian American theatre company, A-Squared Theatre provides opportunities for Asian American theatre artists to develop and showcase their work and talent by staging stories that accurately depict the Asian American cultural identity and experience. A-Squared’s productions and readings also educate the general public on issues relevant to the Asian American community, such as family, immigration, assimilation, social justice, sexuality, mental health, and other pertinent themes. By addressing these important issues, A-Squared creates theatre that reflects the diversity of Asian cultures present in the Chicago area. Previous A-Squared productions include the 2016 and 2017 editions of the A-Squared Asian American Performing Arts Festival (co-presented with Links Hall and Asian Improv Arts Midwest), American Hwangap (co-produced with Halcyon Theatre), Cowboy Versus Samurai, Ching Chong Chinaman, the My Asian Mom series of short plays, Really Rosie, The Other Shore (co-produced with CIRCA Pintig), The Wind Cries Mary, and Trial By Water.

Irene Hsiao is a dancer, writer, and art enthusiast. In addition to this piece, inspired by The Painting That Is Painted With Poetry Is Profoundly Beautiful, the first American solo exhibition of Thai artist Tang Chang at the Smart Museum of Art, Irene’s recent work includes Dialogo Dialogo, in/on/at/with Virginio Ferrari’s sculpture Dialogo, accompanied by composer and carillonneur Joey Brink, and The Radiant and the Dead, a site-specific collaboration with Connor Plunkett and India Weston on Emmanuel Pratt’s Radical (Re)Constructionsinstallation, both presented by the Smart. She has also danced with the fish in Philippe Parreno’s My Room Is Another Fish Bowl at the Art Institute, with the monsters in the Smart’s Monster Roster.As a dancer, she has worked with Kinetech Arts, Alma Esperanza Cunningham Movement, Labayen Dance/SF, Lenora Lee Dance, Winifred Haun & Dancers, Erica Mott Productions, South Chicago Dance Theatre, Yin He Dance, and projects by Carole McCurdy, Nejla Yatkin, and others. Her writing has appeared in Los Angeles Review of Books, SF Weekly, Chicago Reader, KQED Arts, Bay Area Reporter, Newcity, Cambridge Quarterly, Victorian Poetry, Multi-Ethnic Literature of the US, Literary Imagination, Modern Philology, Word Riot, elimae, A Clean Well-Lighted Place, and Sweet, as well as in the book Peter Pan In and Out of Time. Her picture book Letter from Taipei was published in 2014. Irene is on staff in the Department of Chemistry at the University of Chicago. Special thanks to Orianna Cacchione, Curator of Global Contemporary Art at the Smart Museum of Art, Erik L. Peterson, Manager of Family Programs and Student Engagement at the Smart Museum of Art, Amy Ruehl, Assistant Registrar at the Smart Museum of Art, Cary Shoda, Artistic Director of A-Squared Theatre Workshop, Doremi Feng, Angela Tam, and Urs Schmidt-Ott.

Sponsored / Funded By: This program is sponsored in part by Asian Improv Arts Midwest: AA Arts Incubator and Lunar Ball 2017. This program is also partially supported by a grant from the Illinois Arts Council Agency.