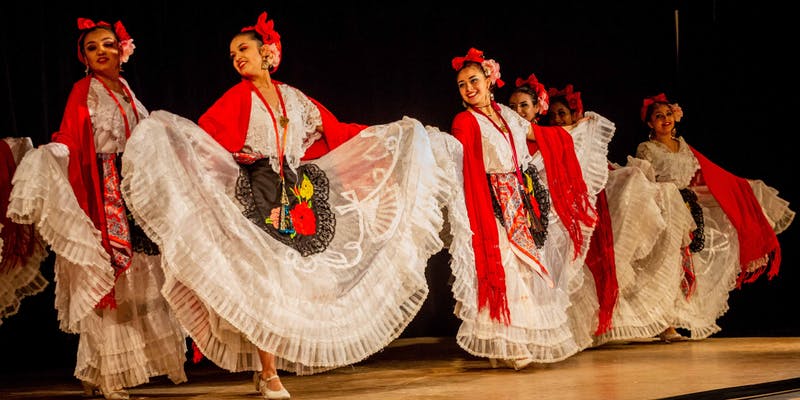 STOMPING GROUNDS is a free and affordable two-month citywide celebration of authentic, rhythmic dance companies from a variety of world cultures, including American tap, Spanish, Mexican, African, Indian, Native, and Irish dance. The series culminates with the grand finale at the Harris Theater on Friday, May 31.

The series visits Pilsen on Saturday, April 27 at the National Museum of Mexican Art. This event will feature Mexican Folk Dance Company, Natya Dance Theatre, and CHRP’s Stone Soup Rhythms. Our events offer a mix of free and affordable seats for the entire family. Reservations for free seats will be honored on a first come, first serve basis starting 30 minutes prior to each event’s starting time. The $5 seats are held until each event starts. Unclaimed reservations are released to people on the waiting list.

Each STOMPING GROUNDS event, known as a “Performalogue,” features the performers and Artistic Directors of selected companies in a narrated performance and Q&A with the audience. And each event features a different lineup! For a list of locations and lineups, please see below.

The featured Chicago companies are:

Free Tickets: Reservations for free seats will be honored on a first come, first served basis starting 30 minutes prior to each event’s starting time. At 10 minutes before showtime, all unclaimed free reservations will be released to people on the waiting list.

Seating capacity is limited and guests and patrons will be seated in the order in which they arrive. The box office will open one hour before showtime; the auditorium will open for general admission seating approximately 30 minutes before showtime.