Natya Dance Theatre (NDT), under the artistic leadership of Hema Rajagopalan, is one of the most critically acclaimed and culturally treasured Indian dance companies in the United States. 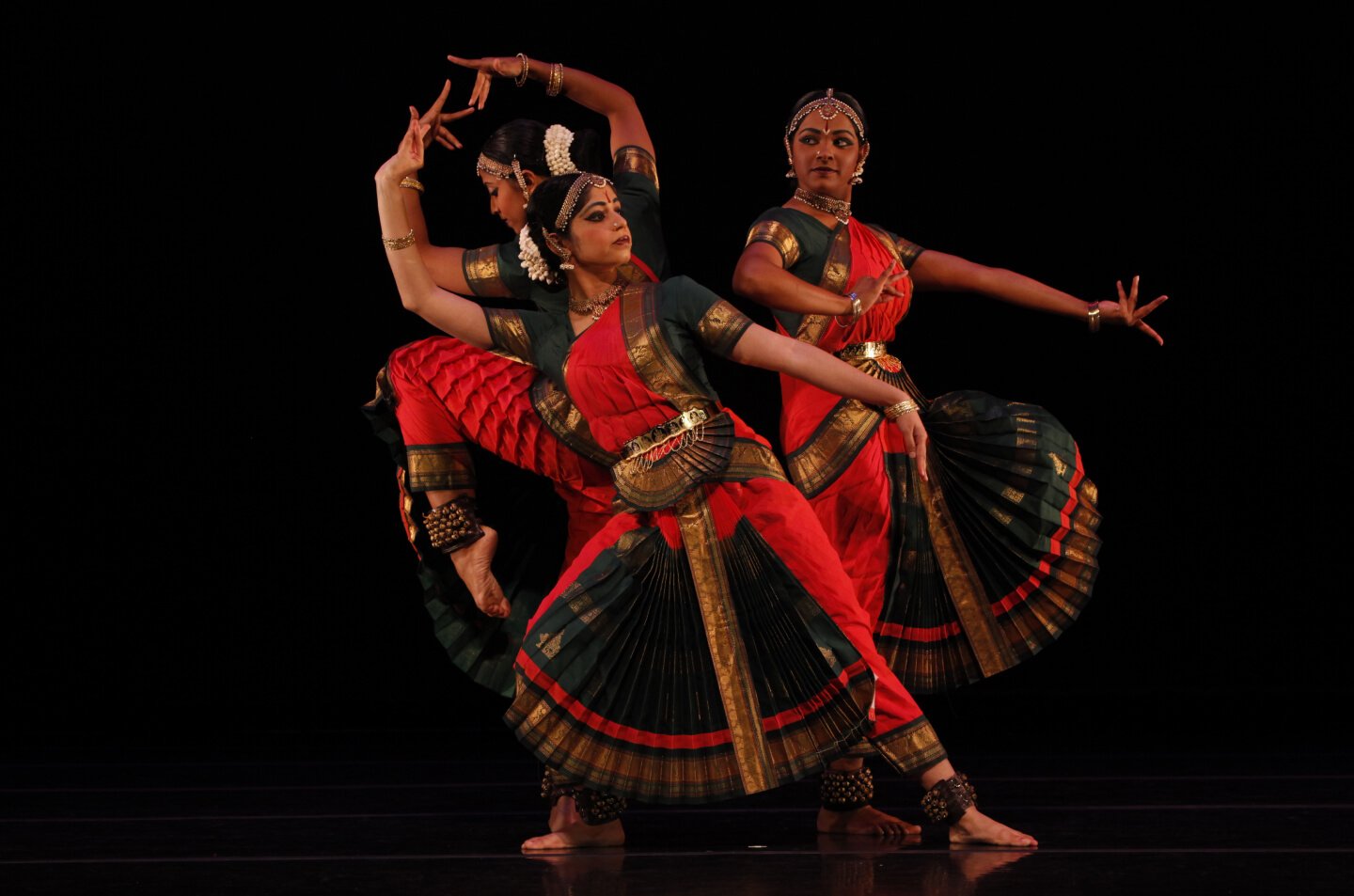 OUR MISSION: Natya Dance Theatre (NDT), under the artistic leadership of Hema Rajagopalan, is one of the most critically acclaimed and culturally treasured Indian dance companies in the United States. Natya was founded in 1974, in Chicago, IL. The highly innovative work of NDT offers profound and subtle expressions of humanity’s deepest questions and values in the context of our present-day lives. Rooted in Bharata Natyam, one of the great classical dance forms of India, NDT preserves and perpetuates Bharata Natyam in all its classical rigor, and moves the art form in innovative directions to foster cultural exchange through dance. NDT’s contemporary interpretations incorporate dynamic body movement, rhythmic footwork, hand gestures and facial expressions to convey meaning and emotion that create rasa, aesthetic experiences that spiritually transform audiences worldwide.

Audiences and critics worldwide have recognized the artistic excellence of the NDT Company, which The New York Times hailed as, “Triumphant…an enticing mixture of restraint and abundance.” Recent celebrated performance highlights include: performances with cellist Yo-Yo Ma and the Silk Road Ensemble before an audience of 13,000 in Chicago’s Millennium Park; NDT’s selection as the first American company ever to appear at the prestigious World Music Institute in New York City; and serving as the only dance company selected to create an original work for performance at the 2002 Olympic Games in Salt Lake City, Utah.

The four pillars of our work are:

NDT is a six-time recipient of the Chicago Reader “Critic’s Choice Award”. In 2003, NDT was the first Indian dance company to receive the prestigious Chicago Dance Award, and is a 2004 recipient of the Paul Berger Arts Entrepreneurship Award from Columbia College Chicago. NDT was featured in 2005 in The Chicago Dance Project, a 13-part series produced by PBS, and in 2006 in Arts Across Illinois CenterStage on WTTW Channel 11, and in a 1994 PBS production, World Stage Chicago, for which Hema Rajagopalan received an Emmy award.

NDT has been presented regularly at some of the Chicago area’s finest venues including the Ravinia Festival, the Museum of Contemporary Art, The Dance Center of Columbia College Chicago, and McAninch Arts Center at College of DuPage. National and international presentations include performances at Lincoln Center for the Performing Arts, the Kennedy Center for the Performing Arts, the Smithsonian in Washington, DC, the Avignon Festival in France, and the Music and Dance Festival in Madras, India, among other major venues. Furthering the belief that cultural exchange and artistic collaboration are vital to expanding expression and understanding, NDT has created works with numerous partners, including the Chicago Symphony Orchestra, Lookingglass Theater Company, and the City of Chicago Department of Cultural Affairs.